Latest pics of my Mk3. 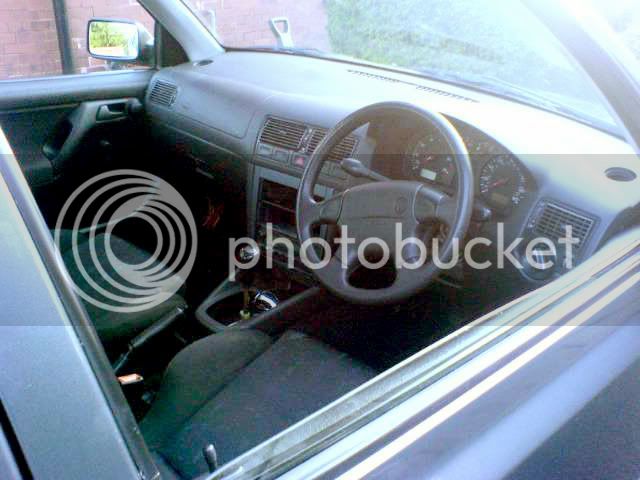 sweet was it hard to get in i think it looks very swish
does it light up green or blue/red ?
sorry for all the qts
J J

Looks nice mate, will be topped of with a momo wheel and german plates

its all mk4 gear.. dials switches climatronic etc etc all blue and red.

getting a mk4 steering wheels in it.. also keeping standard plates. not too fussed about german plates... just etc hassle with the law.
mackavelli

nice mate, was the dash a pain to fit, also i aint bothering with german plates, the fuzz here know me alredy(speeding) and they would take great pleasure in fining me again if i got em
Jezz

mackavelli wrote:nice mate, was the dash a pain to fit, also i aint bothering with german plates, the fuzz here know me alredy(speeding) and they would take great pleasure in fining me again if i got em

To custom fit a mk4 dash into my mk3.
Prior to Jay coming over, i had fun taking out the old mk3 dash (how many pieces to it :blink: ) took me about a day on and off to do. 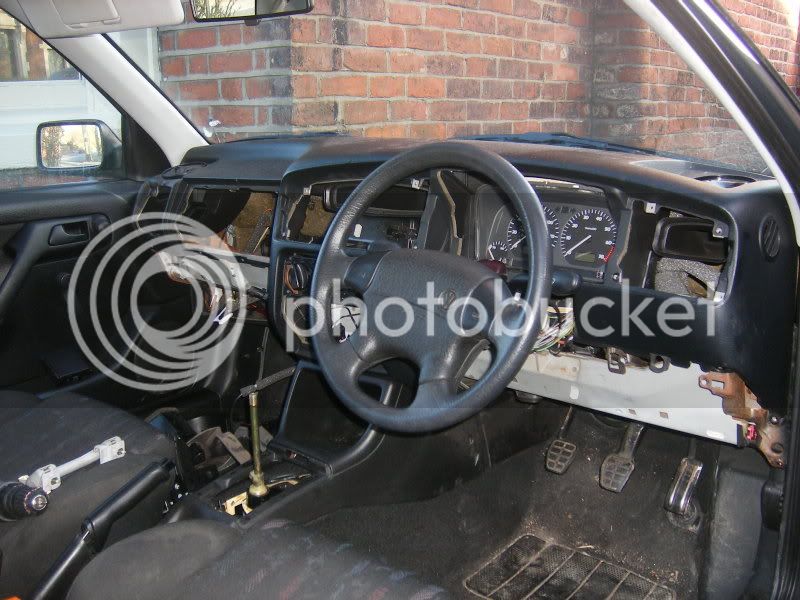 i left the main part of the dash in (held in with 2 screws :unsure: so that i didn't have to rest the dials whilst driving it for a week with most of the dash out..

The week leading up to the install i also decided to colour code the centre console to match the storm grey. Still have a few parts to colour code but they are easily removed. 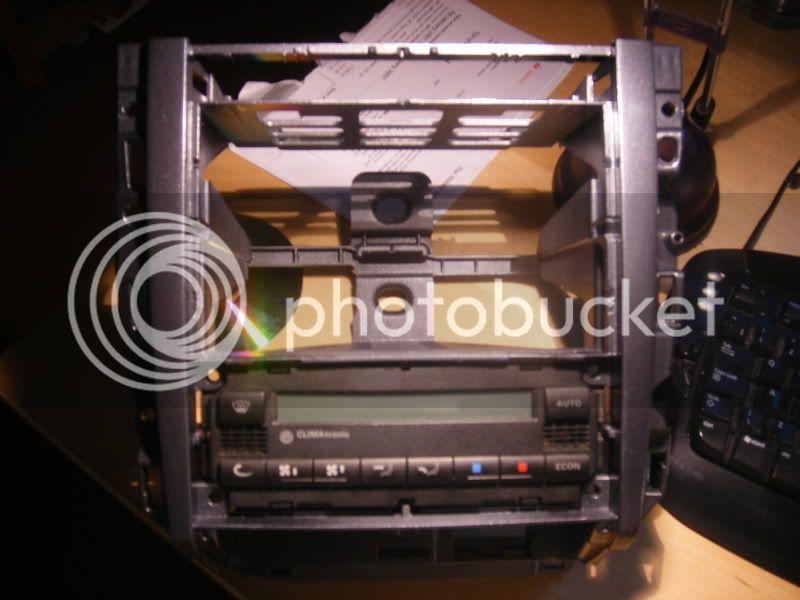 Sorry but i only have pics of the finished dash as i was busy whilst Jay was installing it... so here it is mainly finished. I still have to fit the stereo properly and a couple of small bits.. but you get he idea. 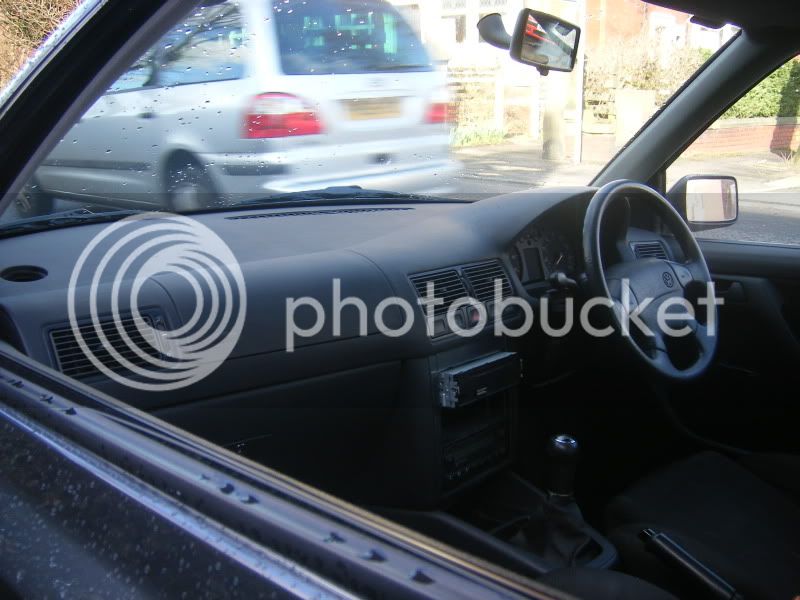 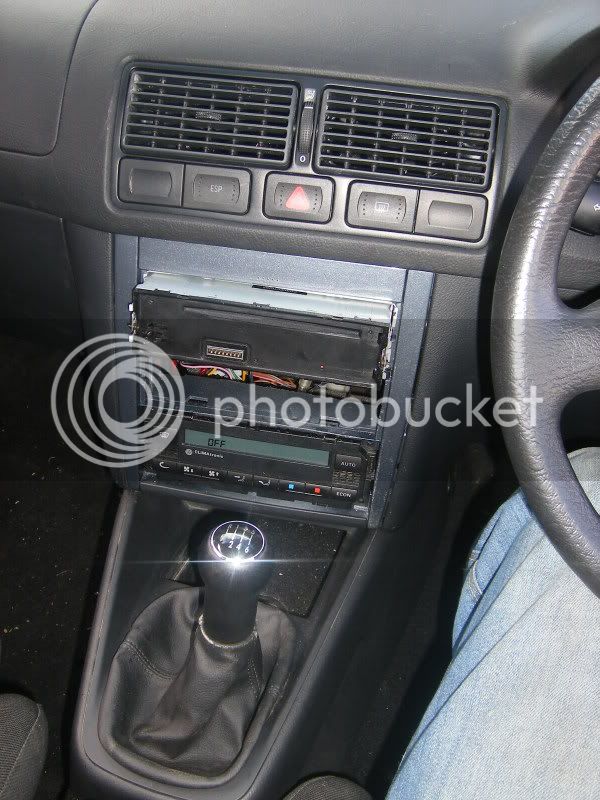 For the time that jay had, he worked a miracle. Only major thing he didn't have time for was to wire in were the hazards. Its a big job as the hazards on a mk3 are built into the stalks. But that will be done soon.
Also in the time given, the climatronic heat box was cracked quite badly so he plastic welded that as well!


Would like to say a BIG thanks to Jay for taking the time out to install it in the run up to the shows, even though he is massively busy working on his own car whenever he can! Have to say the quality of the install is great, perfectly mounted, doesn't creek when driving, the electrics - well he made it look easy.

tweeters and stereo properly in... 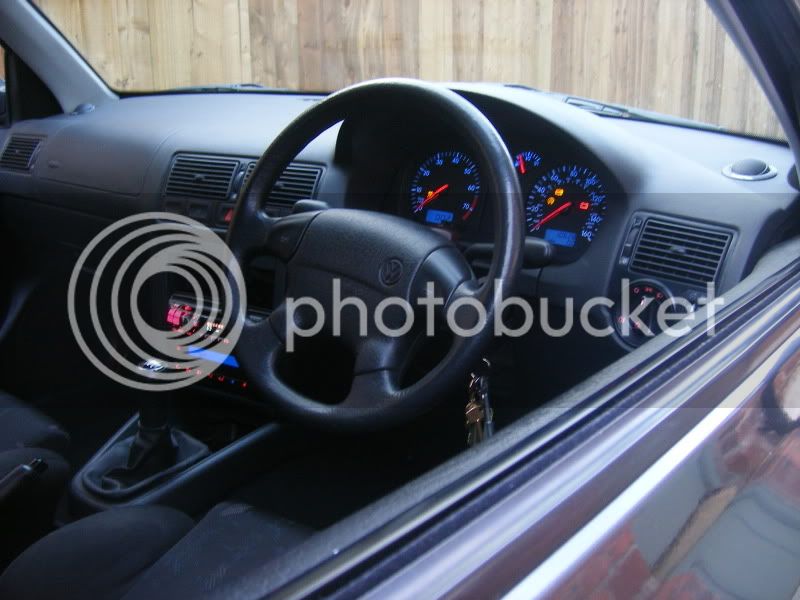 looks very cool Cav,cracking job. Looking uber clean and your dash install is superb,at least i know were to come when i want one.

cav i have a centre console and cd storage compartment that goes above the stero if u want it!!