I know dimebar and swampy that work at vw.I used to be around hull nearly 3 years ago in a red mk2.
This is the 1st time iv been back since i moved to florida and thorught id bring my car with me.The car is a stage 3 car with around 460bhp(what the software from awe is rated at).Has a few problems that i need to sort before i go to gti inters in it.Hopefully i can get back in the scene and meet some of you.Also im looking for some wheels.5x112 18s anything nice let me know.

what turbo's are you running?
Jezz

NOT IN IT TO WIN IT
sparkyvw

its running rs4s which are k04s.
I will come over i spoke to dimebar about driving down with you lot.
Need to sort a few things out before inter.Need a drive shaft and t bolt clamps.So if anyone knows were i can get t-bolt clamps in the hull area let me know.
sarah

yeah ive heard this is crazy fast, Will said he'd had a gander and you ran him up Clive Sulli, AWEAOME motor
mrgarf

very nice.. bet it was cheaper to tune in the states than it is here!
Dan

awesome car, and i love the first photo
Guest

Awesome! There's a meet tomorrow night in between Selby and Leeds that a few of us are going to, pop along! There's usually some nice cars there.
sparkyvw

thanks for all the coments.Its fast but not as fast as it should be still a few problems with it.Heres one more picture of the plate that im running

list to do
New downpipes
Some rs4 parts(y pipe ,cams)
As we say in the usa euro rear bumper as its different.
Some wheels( trying to decided euro look or motorsport look with some compomotives)
Paint(guy who owned it before ran into his harley. Had to have a new bumper and wing and the colour is wayyyyyyy off).

The car had nothing done to it when i got it.Iv had the motor and gearbox out twice since iv had it.Done all the work myself.Its a great car but when things go wrong its alot of money to fix. If you cant work on it yourself its even more as just about any work you have to take the front end off and even take the engine out.
Arosa Jen 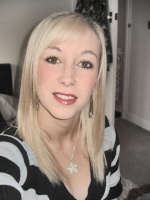 now then sparky we meet again. lol. welcome to the cult mate

love the pics of the audi

Welcome to the Cult dude, spoke to you via PM when you where in the states about sourcing me a bonnet bra, car looks ace would love a blast in it see how it compares to my GTI, as for wheels theres loads of 5x112 out there check Edition 38 loads have come on there that I would love but just havent had the ready money.

So we've seen the spec now for the list that matters
0-60
1/4 mile
Overall top speed or fastest you've been in it.

ha ha jen .Thanks for the coment.

deano i remember you sorry i couldnt get one for you.Ill glady take you for a spin in it to compare to your gti.
The fastest iv been in it was 155/160mph
The fastes it with go with the rev limiter and gearbox is 187mph(there is a vid on youtube of this)
1/4mile time is very slow 12.8 at 107mph(with stock intercoolers on a hot floirda day) i should be in mid 11s.Fastest stage3 s4 with nothing ripped out is 11.1
pocket-rocket

NOT IN IT TO WIN IT
Guest

saw this last nigh at outcast, incredible car the sound when its booted is awesome,

This is an awesome car, it is just so nice and so fast.
My brother (swiftkid) was the same last night, went in it and couldnt stop smiling and saying how quick it was...
Guest

yer it sounds awesome dude, i love it. it looks so pimp rolling on the american plates still... love it
sparkyvw

thanks for all the kind words people.
Iv been pulled over 3 times now and each time they had no answer about the front plate.But i new i was going to get pulled over with it.1st time was the bmw and scooby(i no there boss) was very nice to me, 2nd time was a t5 well he was a bit of a nob if im honest and 3rd time i got followed all the way home by a dog section van.
Just ordered these wheels should be getting them tomorrow

what you doing with the old ones
Guest

» Have the swallows arrived back in Todmorden yet?
» Strawberry plants dying back?
» Lots of local New England Recipies
» March 2nd, New England
» Just back from morocco
Current date/time is Mon May 17, 2021 2:06 pm