Picked this up last week.

The rainbow interior is standard and MINT and the MFA works

and the RMs are in decent nick with brand new Proxies

And it's had a 20VT conversion

Plans are to get the gearbox in over the next week, sort the bodywork which needs driver's door and rear quarter re-doing after someone dinked it

Also, the bumpers, arches and skirts have been colour coded at some point but look a bit tatty now... I fancy the small bumper look perhaps??

I'd like to tidy the engine bay a bit aswell, there's loads of redundant wires and the intercooler plumbing could look neater.

did you buy that local? i got offered something of the same description about a week ago.
Looks nice tho! bet it shifts, paintwork looks immacculate, im guessing it cost a pretty penny tho!
Dan

Thats real nice and i agree with the small bumpers, although the exhaust doesn't look too happy, have the brakes been uprated too
sarah

NOT IN IT TO WIN IT
MalC

Was on ED38 wasnt it ? Looks very good....IMO I'd keep big bumpers with it being a 91 spec but just not colour coded
Stan.

MalC wrote:Was on ED38 wasnt it ? Looks very good....IMO I'd keep big bumpers with it being a 91 spec but just not colour coded

Yeh it was on ED38, picked it up from Watford area. Had a good run back and yeh it is a bit quick!!

Its had G60 front brakes fitted which seem more than capable, and standard rears.

Paintworks is far from immaculate at the moment and yeh the exhaust is looking a bit wonky!

If I can find a decent set of unpainted big bumpers and skirts/arches I will replace them probably. I doubt these will clean up too well

Anyone got any? Or a driver's door... preferably in Shwartz black haha 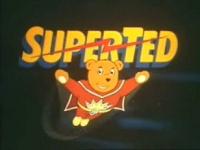 i remember you asking to buy my red one a while back to do the engine conversion. now you have one ready made. good stuff! i'll look out for it in cave. (wanna do a wheel swap?)
Deano

Awesome looking motor Rob, jammy git wish I could afford a new toy, keep the big bumpers and ask Dimebar to price up new arches and trim it might not be as exspensive as you think then just keep your eye out for new bumpers, wouldnt mind a spin in it when I next see you, you going to Inters next weekend.

No problem Dean, we'll go for a spin whenever! Im working back on weekends now tho so cant make any shows or meets for a while...

I flashed you the other day in it Ed! Which wheels?

Me is Dimebar! AKA James

Oh its you!
You have pm!

looks like a good buy! bet she goes well!
Guest

v nice, if you dont mind me asking how much she set you back? thinking about a change in 6 months if i get taken on at work?
Stan.

I had most of the parts to fit a 02A and convert to cable change but it's taken a while...
Spot the "small" hole in the casing

Also, a drive-shaft had decided to fall from together

The 'box is from a Ibiza Cupra so is the correct 100mm drive shaft flange and can be operated with cable clutch rather than converting to hydraulic (something for the future maybe.)

Standard clutch from 02A on but should probably upgrade to VR6 really?!

Hopefully going this weekend to pick up a door, bonnet, bumpers and some trim to tidy it up a bit...

Still looking for some parts tho, anyone got a decent 16v exhaust system for sale?!